,People have had to rely on complex codes and calculations to predict spin qubit coherence times. But now people can calculate the prediction themselves instantly. This opens up opportunities for researchers to discover the next generation of qubit material themselves.” – Shun Kanai, Tohoku University

The elegant formula allows scientists to estimate a material’s coherence time in an instant—as opposed to the hours or weeks it takes to calculate a precise value.

The team, which includes scientists from the US Department of Energy (doe) Argonne National Laboratory, the University of Chicago, Tohoku University in Japan and Ajou University in Korea, published their results in April in the Proceedings of the National Academy of Sciences.

Their work is supported by the Center for Novel Pathways to Quantum Coherence in Materials, an Energy Frontiers Research Center funded by the US Department of Energy, and Q-Next. doe The National Center for Quantum Informatics Research, led by Argonne.

The team’s equation applies to a special class of materials – those that can be used in devices called spin qubits.

,People have had to rely on complex codes and calculations to predict spin qubit coherence times. But now people can calculate the prediction immediately,” said co-author Shun Kanai from Tohoku University. I,This opens up opportunities for researchers to discover the next generation of qubit material themselves.”

Qubits are the fundamental unit of quantum information, the quantum version of classical computer bits. They come in a variety of forms and varieties, including a type known as a spin qubit. A spin qubit stores data in a material’s spin—a quantum property inherent in all atomic and subatomic matter, such as electrons, atoms, and groups of atoms.

Scientists hope that quantum technologies will help improve our everyday lives. We may be able to send information over quantum communication networks that are impervious to hackers, or we may use quantum simulations to accelerate drug delivery.

The realization of this capability will depend on whether it is stable enough to store, process, and send information – which has sufficient coherence over a long period of time.

While the research team’s equation gives only a rough estimate of a material’s coherence time, it turns out to be fairly close to the true value. And what the equation lacks in precision, it makes up for in convenience. Only five numbers are needed to obtain the solution – the values ​​of five special properties of the material in question. Plug them in, and voila! You have your own consolidation time.

Diamond and silicon carbide are currently the best-established materials for hosting spin qubits. Now scientists can explore other candidates without having to calculate whether a material is worth a deep dive.

,The equation is like a lens. it tells you,,Look here, look at this material — it looks promising,’ said Giulia Galli, a University of Chicago professor and senior scientist at Argonne, study co-author and Q-Next collaborator. I,We are behind the new qubit platform, new content. To identify such mathematical relationships, indicates new material to combine.

With this equation in hand, the researchers plan to boost the accuracy of their model.

They will also be joined by researchers who can create the most promising coherence materials over time, testing whether they perform as well as the equation predicts. (The team has already marked a breakthrough: a scientist outside the team reported that a material called calcium tungstate has a relatively long coherence time, as predicted by the team’s formula.)

,Our results help us advance current quantum information technology, but that’s not all,” said Professor Hideo Ohno of Tohoku University, who is currently the university’s chair and paper co-author.,It will unlock new possibilities by bridging quantum technology with a variety of traditional systems, allowing us to make even greater progress with materials we are already familiar with. We are pushing more than one scientific frontier.”

Q-NEXT is a US Department of Energy National Quantum Information Science Research Center led by Argonne National Laboratory. Q-NEXT brings together world-class researchers from national laboratories, universities and US technology companies with the single goal of developing science and technology to control and distribute quantum information. Q-NEXT collaborators and institutes will create two national foundries for quantum materials and devices, develop networks of sensors and secure communications systems, establish simulation and network testbeds, and train the next generation of quantum-ready workforces to support the continued efforts of American scientists and scientists. To ensure economic leadership. in this rapidly growing field. For more information, visit https://www.q​-next​.org. 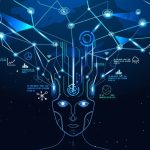 3 Q: Can we fix our flawed software? , MIT News

Sometimes, the software is just like us. It can be bloated, slow and messy. One can see a doctor if these symptoms persist (perhaps not […]

Cardiac arrest sometimes seems to be out of nowhere. These extremely dangerous life-threatening events sometimes follow a protracted illness, but can sometimes be hidden and […]

According to recent reports, the Turkish-made Bayraktar TB2 combat drone has been used in an attack against a warship named ‘Moskva’, as a Ukrainian response […]

Cardiac arrest sometimes seems to be out of nowhere. These extremely dangerous life-threatening events sometimes follow a protracted illness, but can sometimes be hidden and […]