Cardiac arrest sometimes seems to be out of nowhere. These extremely dangerous life-threatening events sometimes follow a protracted illness, but can sometimes be hidden and unpredictable. However, a new artificial intelligence-based approach, developed by a team of scientists led by Johns Hopkins University, can potentially predict life-threatening arrhythmias. 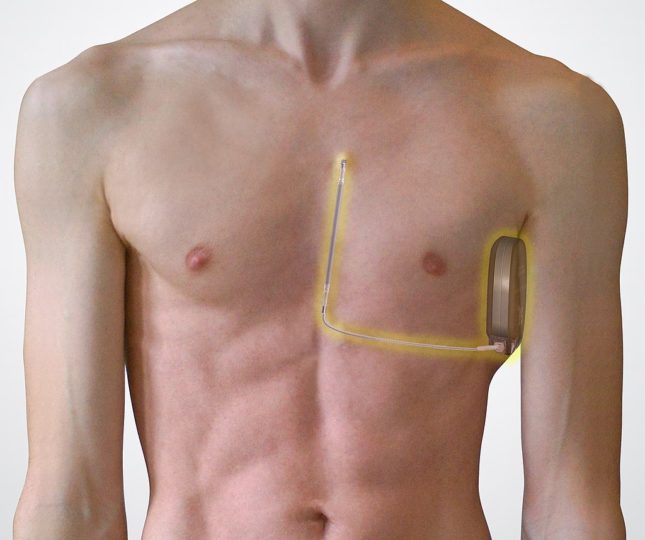 Medical professionals are concerned that because of the difficult diagnosis they are sometimes given defibrillators that they do not need. Image credit: Robystarm07 (CC BY-SA 4.0) via Wikimedia

Sudden cardiac death is actually relatively common, accounting for 20% of all deaths worldwide. This type of death is caused by arrhythmias, but the mechanism itself is mostly unknown to us. We don’t have really reliable ways to assess risks, which means there are patients who are having defibrillators implanted in their chests without any real need. And on the other side of the table are patients with arrhythmias who may benefit from defibrillators, but are not getting them. Essentially, we need better ways of assessing who is most at risk of life-threatening arrhythmias due to sudden cardiac arrest.

And so the scientists developed a technique called SSCAR – the Survival Study of Cardiac Arrhythmia Risk. It is an artificial intelligence-based technology that analyzes images of the heart to identify scars caused by heart disease. SCCAR then uses this information to predict the risk of arrhythmias that can lead to cardiac arrest. And the SSCAR is very accurate – those predictions are more accurate than the doctor’s.

The scientists fed SSCAR with hundreds of contrast-enhanced heart images from real patients to train the algorithm to recognize certain patterns. And it is able to do so – SSCAR can recognize patterns and relationships between them that are not visible to the human eye. The accuracy and speed of such diagnosis is impressive and could be life-saving for thousands if not millions of patients.

AI has been coming to medicine for a long time. It is providing a lot of benefits as it is capable of analyzing huge sets of data very quickly. The AI ​​can even recognize minute patterns that would slip through the human eye and mind. Scientists are extremely excited about the opportunities AI presents and you just have to understand that AI is not going to fire doctors from their jobs.

Study senior author Natalia Trayanova said: “This has the potential to significantly shape clinical decision-making with respect to arrhythmia risk and is an essential step towards bringing patient trajectory prediction into the age of artificial intelligence.” It represents the trend of merging artificial intelligence, engineering and medicine as the future of healthcare.”