Early, definitive detection of autism in patients can lead to timely intervention and better outcomes. 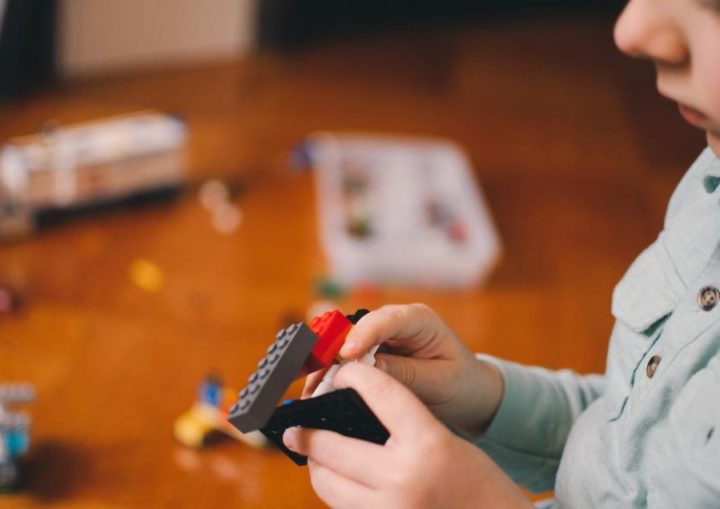 Stanford researchers have developed an algorithm that can help determine whether someone has autism by looking at brain scans. The novel algorithm, inspired by recent advances in artificial intelligence (AI), also successfully predicts the severity of autism symptoms in individual patients. With further respect, the algorithm could lead to earlier diagnosis, more targeted therapies, and a broader understanding of the origins of autism in the brain.

The algorithm punches in on data collected through functional magnetic resonance imaging (fMRI) scans. These scans capture patterns of neural activity throughout the brain. By mapping this activity over time in multiple regions of the brain, the algorithm generates “fingerprints” of neural activity. Although unique to each individual like actual fingerprints, brain fingerprints nevertheless share similar characteristics, allowing them to be sorted and classified.

As described in a new study published in biological psychiatry, the algorithm assessed brain scans from a sample of approximately 1,100 patients. With 82% accuracy, the algorithm selected a group of patients who had been diagnosed with autism by human physicians.

“Although autism is one of the most common neurodevelopmental disorders, there is so much about it that we still don’t understand,” says lead author Kaustubh Supekar, Stanford clinical assistant professor of psychiatry and behavioral sciences and Stanford HAI affiliated faculty. “In this study, we have shown that our AI-powered brain ‘fingerprinting’ model could potentially be a powerful new tool in advancing diagnosis and treatment.”

Unlike many other diseases, autism lacks objective biomarkers – telltale measurements that reveal the presence and sometimes severity of a medical condition – meaning there is no simple test for the disorder. Instead, diagnosis is based on observing the behavior of patients, which are inherently highly variable and thus make diagnosis a challenge. (Common symptoms of autism include difficulty navigating everyday social interactions, deficits in communication and learning, and repetitive speech and movements.)

“We need to create objective biomarkers for autism,” says Supekar, “and the brain’s fingerprints take us one step closer.”

Combination of Big Data and XAI

Scientists have long searched for biomarkers through fMRI scans. Yet studies to date with small populations have reported conflicting results, which stem from natural variability in patients’ brains and are further confounded by differences in fMRI machines and testing methods.

Like many scientific fields, autism research has embraced a big data approach, Supekar says, where previously unattainable insights emerge from analyzing large, statistically powerful samples. Supekar’s new study is a case in point for aggregating brain scans from medical centers around the world into a vast, demographically and geographically diverse dataset.

The next step was to effectively parse and deal with data complexity and variability. Supekar and his colleagues thought image recognition algorithms developed by technology companies would be a good place to start. These algorithms have become increasingly sophisticated in handling the significant degree of variability in the images they assess.

For example, says Supekar, imagine an algorithm designed to identify cats and dogs in online images. That algorithm must contend with animals photographed from different angles and distances, as well as account for the range of colors and characteristics between breeds.

“For image, recognition AI to be successful, it doesn’t matter whether my 5-year-old took the picture or with an award in photography—the algorithm has to work in both cases,” Supekar says. “The kind of asymmetry you find in pictures of cats and dogs, you also find in brain scans.”

In obtaining their image-recognition algorithms, Supekar and his colleagues sought to make artificial intelligence understandable, or understandable, to human researchers. In recent years researchers have focused on crafting explanatory AI, or XAI, as opposed to traditional AI systems that can produce quality results but not in an easily obvious way.

“One challenge has been that AI algorithms can be a ‘black box,’ where we can’t tell where the algorithm’s accuracy comes from,” says Supekar.

Taking the cat-versus-dog example model again, the researchers would like to know whether the algorithm is picking on, say, the animal’s facial features or neck shape. For the brain fingerprinting algorithm, Supekar and his colleagues devised a simple mathematical model that assesses the brain’s regional interactions and interconnectivity. Thus, the XAI algorithm is based on three brain regions that exhibit significant differences in interconnectivity in the groupable portion of the dataset.

Lending credibility to the findings of the XAI algorithm, those three brain regions have previously been implicated in autism pathology. The regions are the posterior cingulate cortex and precuneus, which form part of the default mode network (DMN), activated specifically during periods of wakeful rest; Dorsal and ventrolateral prefrontal cortex involved in cognitive control; and the superior temporal sulcus, involved in processing the sounds of human voices. Notably, disruptions in the DMN served as strong predictors of autism symptom severity in the population studied.

the earlier the better

While the XAI algorithm performed admirably at this early stage of development, Supekar and his colleagues will need to further improve its accuracy to elevate brain fingerprinting to the level of a certain biomarker. Researchers intend to explore the algorithm’s efficacy in sibling studies, where one sibling has autism and the other does not, potentially detecting fine-grained, yet significant differences between similar brains. to step up.

Supekar believes that brain fingerprinting is being used to assess the brains of very young children, perhaps as young as 6 months or a year old, who are at high risk of developing autism. Early diagnosis is important to achieve better outcomes, with treatments proven to be more effective when introduced while patients are still child-aged later in childhood.

“We hope that the approach shown in our study can diagnose autism during a window of opportunity when interventions are most effective,” says Supekar.