Outback WA . Drones and artificial intelligence aid hunt for meteorite that fell in

Curtin researchers have recovered a freshly fallen meteorite after pinpointing its exact location on the vast Nullarbor Plain in Western Australia, with a new technique that uses artificial intelligence to collect footage of scanned landscapes. Uses drones. 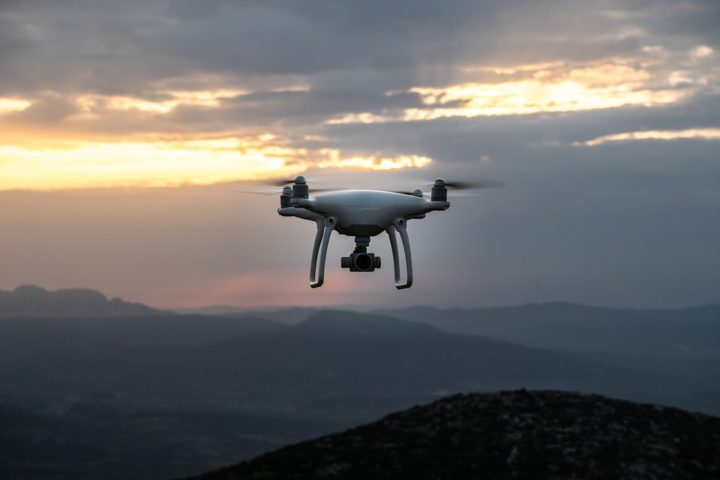 Lead researcher Seamus Anderson, a graduate student at Curtin’s Center for Space Science and Technology (SSTC), said the discovery aboard the Kybo station late last year was a successful demonstration of the new method, which had the potential to significantly increase the number of meteorites recovered. , especially those observed as falling through the atmosphere.

“A camera-fitted drone flies and collects images of the fall zone, which are transferred to our field computer where an algorithm scans each image for meteorites and their similar features,” said Mr. Anderson.

“While our algorithms were ‘trained’ on data collected from previous meteorite searches, we brought previously recovered meteorites with us and imaged them on the ground at the site of the fall, to generate local data for which Also the algorithm can be further trained.

“Meteorite searches typically involve a group of people walking over a large estimated impact area but our new method requires only one-tenth of the amount of labor and time and has a very high success rate, which This is evidenced by the fact that we found and recovered the meteorite within four days of being on site at Cubo Station.” 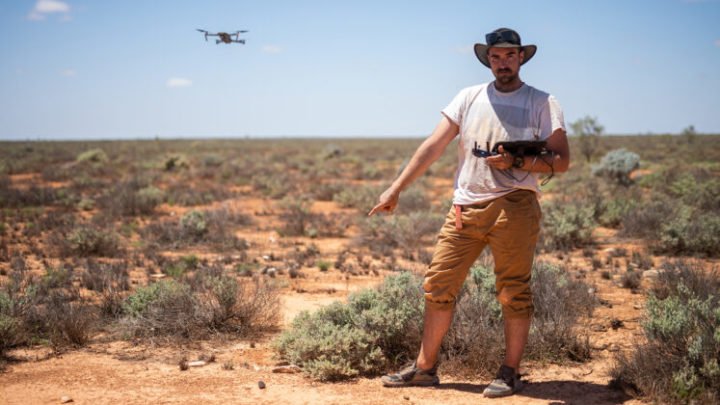 Seamus Anderson was found at that location with the meteorite using a drone seen in the background. Image credit: Curtin University

Mr Anderson said such meteorites, which are tracked by the Desert Fireball Network (DFN), were special because they gave a geologic sample of the particular region of the Solar System from which they originated, contributing to an overall understanding of the Solar System’s geology. .

“New solutions such as our drone technology help invest in space science and make the study of meteorites more cost-effective and efficient,” Anderson said.

“In addition to increasing our understanding of the Solar System, the study of meteorites is useful for a number of reasons. For example, meteorites often contain high concentrations of rare and valuable elements such as cobalt, which is important for the manufacture of modern batteries. .

“Furthermore, by gaining a better understanding of how extra-terrestrial material is distributed throughout the Solar System, we may one day mine asteroids for precious resources instead of scrambling for the limited amount of them on Earth and perhaps this Can damage valuable ecosystems in the process.

“Other potential applications for our new approach using drones and artificial intelligence include wildlife management and conservation, as our model can be easily retrained to detect objects other than plants and animals, such as meteorites. Is.”