Q&A: Dolapo Ededokun on Computer Technology, Ireland, and All That Jazz | MIT 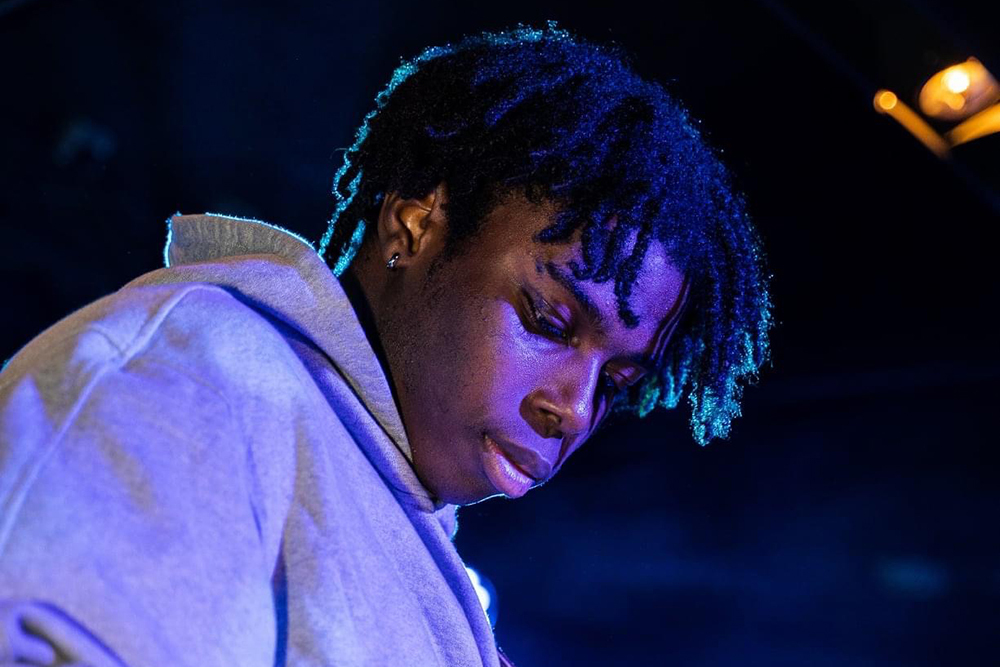 Adedolapo Adedokun has a lot to look forward to in 2023. After completing his degrees in electrical engineering and computer science the following spring, he will travel to Ireland to pursue an MS in intelligent systems at Trinity College Dublin as the fourth student at MIT to receive the prestigious George’s degree. J Mitchell Scholarship. But for Ededokun, who goes by Dolapo, there is more to it than just academic achievement. Apart from being a gifted computer scientist, Senior is an accomplished musician, an influential member of the student government , And an anime fan.

Why: What excites you the most about going to Ireland to study for a year?

a: One of the reasons I became interested in Ireland was when I learned about Music Generation, a national music education initiative in Ireland that aims to give every child in Ireland access to the arts through music tuition, performance opportunities and access to music education. was to provide access. inside and outside the classroom. It got me thinking, “Wow, this is a country that recognizes the importance of arts and music education and has invested in making it accessible to people of all backgrounds.” I am inspired by this initiative and wish it was something I grew up with.

I am also really inspired by the work of Louis Stewart, an amazing jazz guitarist who was born and raised in Dublin. I’m excited to explore his musical influences and dive into Dublin’s thriving music community. I look forward to joining a jazz band, maybe a trio or a quartet, and perform around town, immersing myself in the thriving Irish music scene, but also sharing my own styles and styles with the community out there. I share musical influences.

Why: Of course, while you’re there, you’ll be working on your MS in Intelligent Systems. I’m curious by your invention of a smart-home system that lets users layer different tunes as they enter and leave a building. Can you tell us a little more about that system: how it works, how do you imagine users interacting with and experiencing it, and what did you learn from developing it?

a: Funny enough, it actually started out as a system I worked on with some classmates in my freshman year in 6.08 (Introduction to Embedded Systems). We called it Smart HOMiE, an IoT [internet-of-things] Arduino smart-home device that collected basic information like location, weather, and interfaced with Amazon Alexa. I forgot to work on it until I took 21M.080 (Introduction to Music Technology) and 6.033 (Computer Systems Engineering) in my junior year, and the creative applications of machine learning and computer science in areas like audio started learning about Synthesis and digital equipment design. I learned about amazing projects like Google Magenta’s Tone Transfer ML – models that use machine learning models to transform sound into valid musical instruments. Learning about this unique crossroads combining music and technology, I began to think about the big questions, such as, “What kind of creative future could technology create? How can technology enable anyone to be expressive?”

When I had some time while I was at home for a year, I wanted to play around with some of the audio synthesis tools I had learned about. I took the Smart HOMiE and upgraded it a bit – making it a little more musical. It worked in three main phases. First, multiple people can sing and record melodies which the device will save and store. Then, using some pitch correction and audio synthesis Python libraries, Smart HOMiE fine-tuned the recorded melodies until they fit together, or generally under the same key in musical terms. fit inside. At the end, it will then combine melodies, add some harmonies or move the track to a backing track, and by the end, you’ve created something truly unique and expressive. It was definitely a little scary, but it was one of the first times I ever messed around and discovered all the work that’s already been done by the amazing people in this space. Technology has this incredible ability to make anyone a creator — I want to build the tools to make this possible.

Why: You yourself are a jazz player. Tell us more!

a: I’ve always had a passion for music, but I haven’t always felt like I can be a musician. I played saxophone in middle school but it never really stuck. When I went to MIT, I was lucky enough to take 21M.051 (Fundamentals of Music) and dive into proper music theory for the first time. It was in that class that I got exposed to jazz and completely fell in love. I’ll never forget to walk back from the Barker Library to New House in my freshman year and stumble upon “Undercurrent” by Bill Evans and Jim Hall—that’s what I think of when I decided I wanted to learn jazz guitar.

Jazz, and improvisation in particular, has taught me a lot about what it means to be creative: being willing to experiment, take risks, build on the work of others, and accept failure – all skills that I have learned throughout. I agree with my heart, has made me one. Better technologists and leaders. Most important, though, I find that music and jazz have taught me patience and discipline, and mastery of a skill takes a lifetime. I’d be lying if I said I’m satisfied with where I currently am, but every day, I look forward to taking one step further toward my goals.

Why: You have focused on music and arts education, and the potential of technology to promote both. Is there a particularly influential class, technology, or teacher in your past that you can point to as a life-changer?

a: Wow, tough question! I think there are a few turnaround points that have been really making a difference for me. The first was in high school when I first learned about Guitar Hero, the musical rhythm video game that began as a project at the MIT Media Lab, attempting to bring the joy of music-making to people of all backgrounds. Had been. It was then that I was able to see the multidisciplinary outreach of technology at the service of others.

Next I’d say was taking 6.033 at MIT. From the first day of class, the professor [Katrina] LaCurts emphasizes understanding the people we design for. That we should view systems design as inherently people-oriented – before we even think about designing a system, we must first consider the people who will use them. We must consider their goals, their personalities, their backgrounds, the obstacles they face and, most important, the consequences of our design and implementation choices. I envision a future where music, art and the creative process are accessible to all, and I believe 6.033 has given me the foundation to build on the technology to reach that goal.

Why: You’ve also developed a passion for broadband infrastructure that, at first glance, people can’t connect to—music and education, your other two focuses. Why is broadband such an important factor?

a: Before we can think about the potential of technology to democratize access to music and the arts, we first need to take a step back and think about access. Which communities have the least access to appropriate technology that we often take for granted? I think broadband is just one factor within the scope of the bigger problem, which is access, especially in minority and low-income communities. I see technology as a key to democratizing access to music and the arts for people of all backgrounds – but that technology can only be important if there is an infrastructure in place for all people to take advantage of it. As I learned in 6.033, this means understanding the constraints of people and communities with low access and investing in critical, basic technological resources such as equitable broadband Internet access.

Why: Between the Undergraduate Student Advisory Group at EECS, the Harvard/MIT Cooperative Society, the MIT chapter of the National Society of Black Engineers, and of course all your research and many academic interests, many readers will wonder if you ever eat or sleep! How have you balanced your busy MIT life and maintained your sense of self while achieving so much as an undergraduate?

a: Great question! I’ll start by saying that it took me a while to figure this out. There were semesters where I had to skip classes and make extra-curricular commitments to find some balance. It’s always difficult, being surrounded by the world’s brightest students, who are doing all the incredible and amazing things, not to feel like you should add another class or an extra UROP.

However, I think the most important thing is to stay true to yourself – figuring out the things that bring you joy, what excites you, and how fair each semester of those commitments is. I’m not the kind of student who can take millions of classes, coursework, internships and clubs at the same time – but that’s totally fine. It took me a while to find the things I loved, and figure out the academic load that was appropriate for me each semester, but once I did, I was happier than ever. I realized things like playing tennis and basketball, jamming with friends, and even sneaking in a few episodes of anime are really important to me. As long as I can look back on each week, month, semester, and year and say I’ve made a step toward my academic, social, and musical goals, even the smallest amount , then I feel that I am taking steps in the right direction.