What’s that little tank in the back of the truck? Don’t be fooled by the looks! (Video)

This picture is a bit amusing, isn’t it? Looks like a tank… but maybe a little too small? Is this really a tank, and can a human actually fit inside? This image has not been manipulated in any way: the small machine is a real light combat vehicle manufactured by the German defense company Rheinmetall, which was announced at the end of last year. And, of course, this is not an ordinary armored transporter: different from all previous versions, it is a fully robotic ground vehicle based on a mature digital control system.

Rheinmetall’s Autonomous Combat Warrior (ACW) Wizzle is a versatile autonomous platform that can be used with both tracked and wheeled systems such as the Boxer, Lynx or HX Tactical Truck.

Plus, it can be operated manually, controlled remotely, and can even function in a fully autonomous mode – the only thing it needs is Programming waypoints or GPS coordinates on a tablet computer. Later, the ACW does everything else, including autonomous obstacle avoidance, or driving in a convoy mode behind the main vehicle. 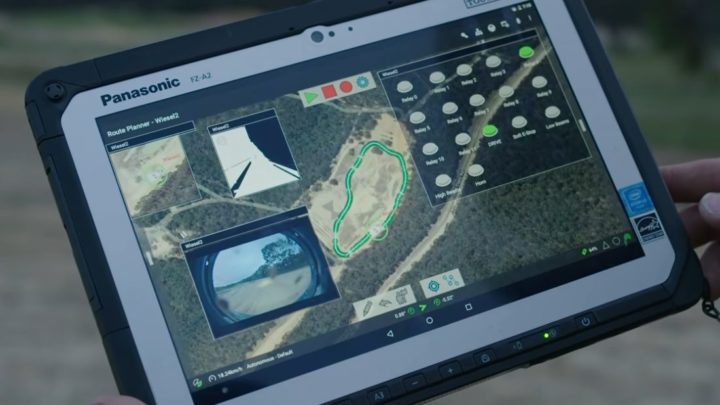 Intelligent features are not limited to this. The ACW is capable of detecting the behavior of soldiers and off-road terrain. This is the ultimate goal of this development: to improve troop defenses by keeping operators out of harm’s way and supporting adjacent troops.

And, of course, the ACW can be equipped with a wide range of weapons and reconnaissance equipment, with a total payload of 3000 pounds. Doing so makes this unmanned robotic tankette a versatile autonomous weapon. The armed version of this vehicle is based on the same platform and is named ‘Ozelot’: